There was another “Microcontrollers, soldering and Tinusaur” workshop in our town of Veliko Tarnovo, a few days ago.

On the first day, we assembled some boards, the second day we wrote some programs.

For the younger kids, there were much simpler things to do – soldering blinking LED with 2 transistors, a few other components, and a battery.

It wasn’t difficult for anyone to do that. There are markings on the PCB that tell you where to put each component and in what direction.

This is the Shield LEDx2 from the Tinusaur Starter 2 kit.

This shield is an upgrade from the previous Tinusaur Starter where we had to solder the LED and the resistor to a tiny 2-pin male header. With the shield is so much easier and fun.

Even while we’re soldering it people were coming with ideas about what we could do with it.

The second day was dedicated to programming what we’ve assembled the previous day.

That’s how we started day 2.

The “Hello, World!” in the microcontrollers’ world.

A separate blog post and tutorial page will be available soon.

The biggest challenge here was to make the MAX7219LED8x8 library work in the Arduino IDE environment.

We’ll do another post about that in the next few days.

As you already know we ran out of all the kits at our online store and because we also received a lot of questions when the Tinusaur Starter and Tinusaur Board will be available we decided to allow you to preorder them. This way we’ll know how many of you are actually interested in buying so we’ll order the necessary quantities from our suppliers.

If you decided to preorder please should allow us between 2 and 3 weeks to get all the parts from our suppliers.

If you find The Tinusaur Project useful we would really appreciate you considering a small donation. Please look at the right side bar for more information.

Thank again for you interest and support.

Some of the people who received the Tinusaur Starter kit wrote us that it isn’t that easy to figure and remember how to put and use the 2 small 2×1 headers for the external power and the battery on/off. So, we decided to make a small change – have those in different colors. 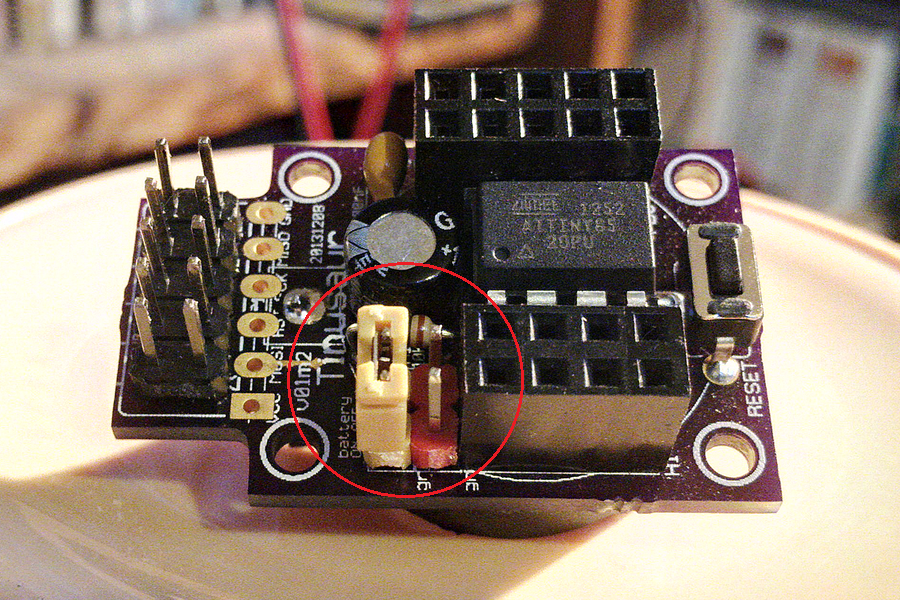 Your feedback is really valuable to us.

Finally, our online store is up and running.

We received some emails asking if we could offer the boards and the parts for purchasing … so we did it. We have to admit that it took us some time to arrange everything but some of the circumstances were beyond our control.

At the moment we have only one product listed – that’s the Tinusaur Starter.

Go to this tinusaur.storenvy.com/products/6076006-tinusaur-starter link if you’d like to buy it. 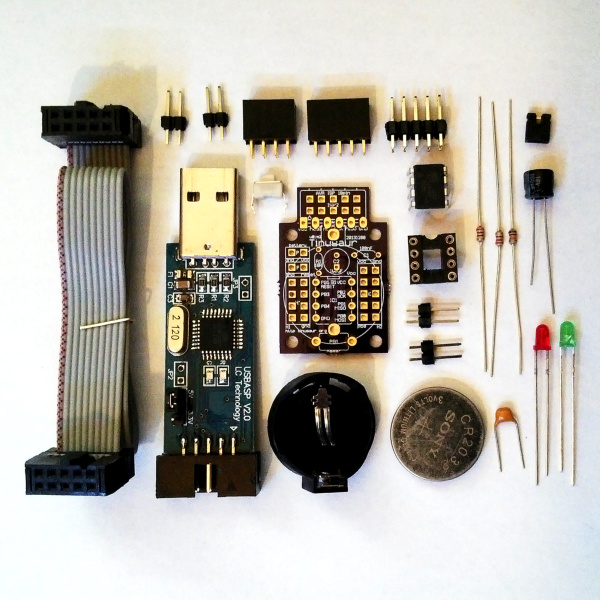 We have put up for sale very small batch of those starter kits as we don’t know what the interest will be. Please note that at the moment we don’t do this as a business and we do not make any profit – the sale only covers our expenses.

IMPORTANT: This is offered as a kit which means that you have to assemble it yourself.

We chose Storenvy for our shopping site and we think that it was a good choice – it’s easy to setup and use but also provides all the functionality that we need at this stage. You can pay for your orders with PayPal.

Dear friends, I’m glad to inform you that all the parts and the boards finally arrived.

So we’re ready to offer the Starter Kit to those that are interested.

Boards were produced by OSHPark – they look great, as usual.

We also received a small batch from SeeedStudio – cheaper but still looks good.

We are now preparing the purchasing option – a PayPal button or may something more complex – we haven’t decided yet. There is this “Start your own online store front” list of options that we consider looking at. Any feedback or shared experience we will appreciate very much.

Initially, we will put up for sale a very small batch – 20 or so packages – we don’t know what the interest will be, but we have the capacity to ship about 80 more.

To start making things with the Tinusaur you need the board, the parts, a programmer with a cable and couple of LEDs to make your first blinking lights program for ATtiny85 microcontroller. 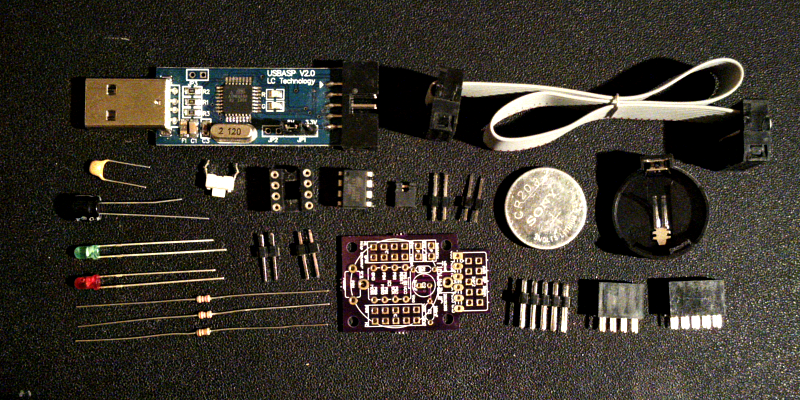 We’re ordering the PCBs and the parts from the manufacturers and it seems that the total cost for the full package will be 8 to 9 USD. Once we have everything here we’ll run a small test sale to see what’s the interest in the kit. The estimated cost for delivery of the kit to any country in the world is about 2 USD. So the total cost to get it would be 10 to 11 USD – very affordable for everyone.

Here is a list of everything that will be included in the Tinusaur Starter: