There was another “Microcontrollers, soldering and Tinusaur” workshop in our town of Veliko Tarnovo, a few days ago.

On the first day, we assembled some boards, the second day we wrote some programs.

For the younger kids, there were much simpler things to do – soldering blinking LED with 2 transistors, a few other components, and a battery.

It wasn’t difficult for anyone to do that. There are markings on the PCB that tell you where to put each component and in what direction.

This is the Shield LEDx2 from the Tinusaur Starter 2 kit.

This shield is an upgrade from the previous Tinusaur Starter where we had to solder the LED and the resistor to a tiny 2-pin male header. With the shield is so much easier and fun.

Even while we’re soldering it people were coming with ideas about what we could do with it.

The second day was dedicated to programming what we’ve assembled the previous day.

That’s how we started day 2.

The “Hello, World!” in the microcontrollers’ world.

A separate blog post and tutorial page will be available soon.

The biggest challenge here was to make the MAX7219LED8x8 library work in the Arduino IDE environment.

We’ll do another post about that in the next few days.

The first official Tinusaur workshop took place last Sunday (on the 14th of December) in the Veliko Turnovo University “St. St. Cyril and Methodius”. It was really great! 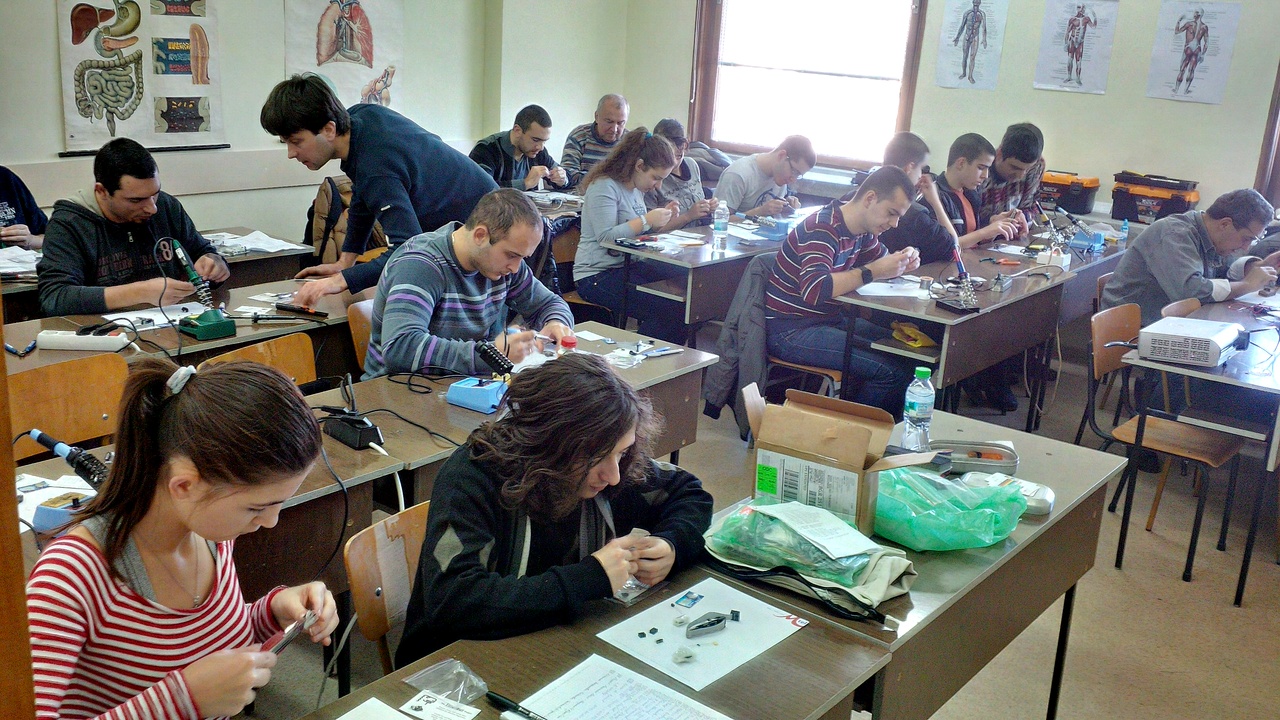 As you may have guessed already it was for the absolute beginners so we first learned how to solder basic things like resistors, capacitors and other small parts. Then we move to soldering The Tinusair Board.

The second part was programming the with the “Hello World” of the microcontrollers – a blinking LED.

Not all people who wanted could attend the even so we may organize another one in the first months of the next year.