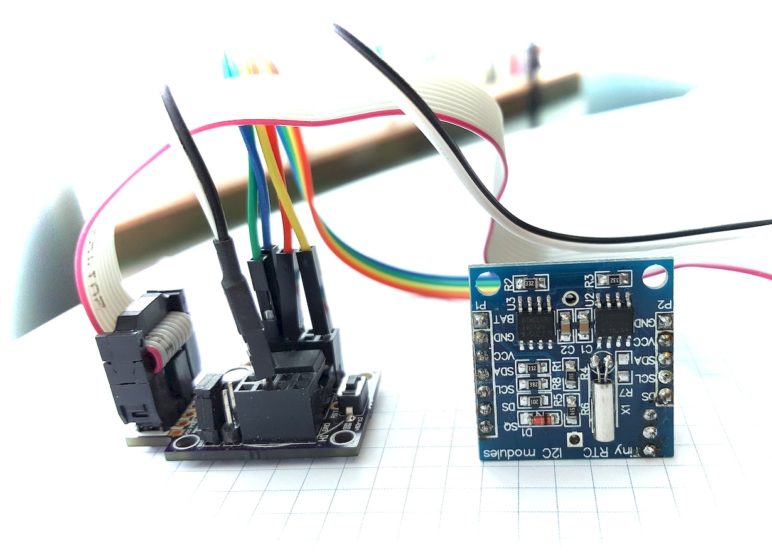 The functions were moved to separate files in the DS1307tiny library.

The sample code in the ds1307tiny_test1 module looks cleaner now. The output should be something like this …

Note that one of the challenges working with a real-time clock the the DS1307 is to set it up with the correct time at the beginning.

More information about the library will be available at its own page: DS1307tiny 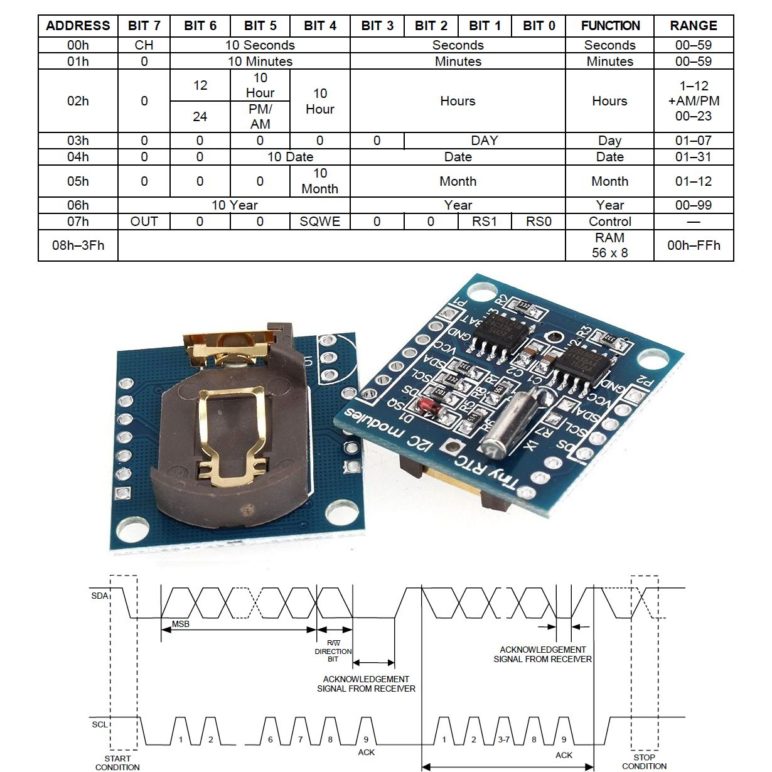 Let’s see how can we work with the DS1307 serial real-time clock using the USITWIX library for I2C / TWI on Atmel ATtiny85 / Tinusaur.

Bellow is the testing setup.

NOTE: We need the USB-to-Serial just for debugging – it isn’t essential part of the setup. 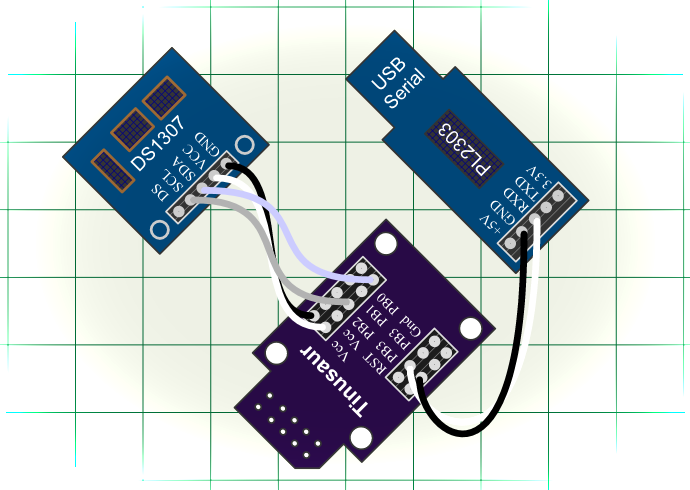 There is no library yet to do that but with in the testing code there are few functions that could do the job.

Here is brief a description of the functions: 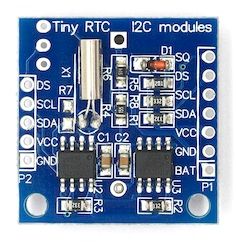 There are 2 additional functions that are used to convert data byte to and from BCD format.

This is direct link to the source code of the testing program:
https://bitbucket.org/tinusaur/ds1307tiny/src/default/ds1307tiny_test1/main.c

More information about the library will be available at its own page: DS1307tiny 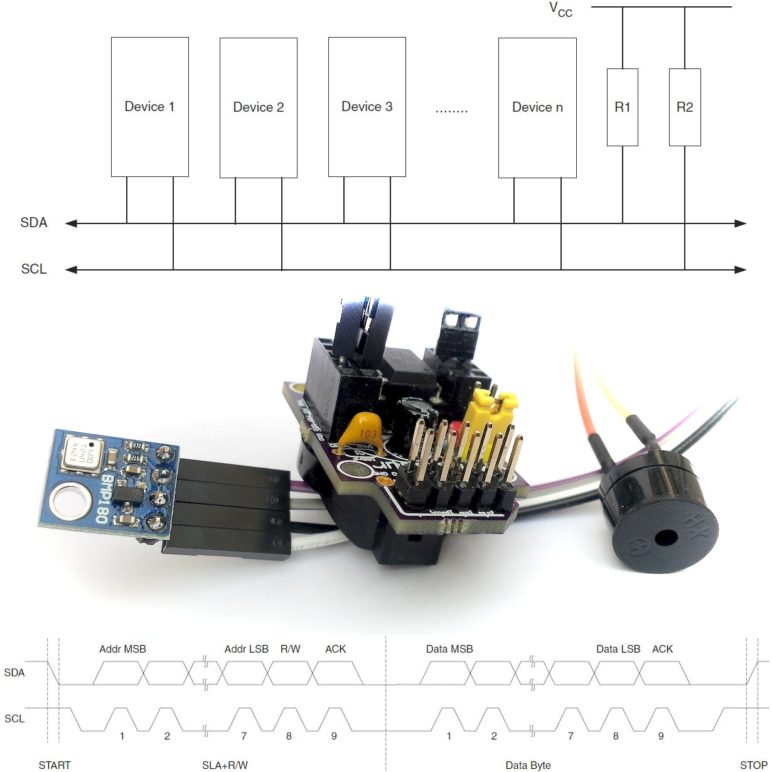 In our previous post “USITWIX – Using UART as TWI / I2C” we looked at the USITWIX library that implements TWI / I2C communication between а  ATtiny85 micro-controller and peripherals. Let’s see now how we can use that library to work with the BOSCH BMP180 atmospheric pressure sensor and a ATtiny85/Tinusaur boards.

So, we wrote a simple library (called it BMP180tiny) that uses USITWIX to read and write from/to BMP180 registers, retrieve the measurements, do some additional calculations and produce result suitable for use in an application. 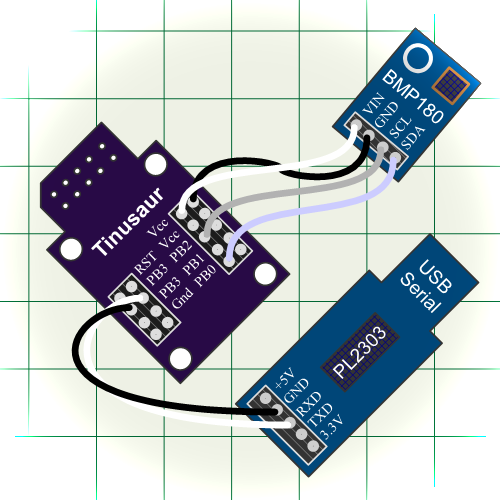 NOTE: We need the USB-to-Serial just for debugging – it isn’t essential part of the setup.

Here is a short fragment of initialization code

And here is now to use the functions …

NOTE: This is generated using OWOWOD library and hardware (not required by the library itself to work) 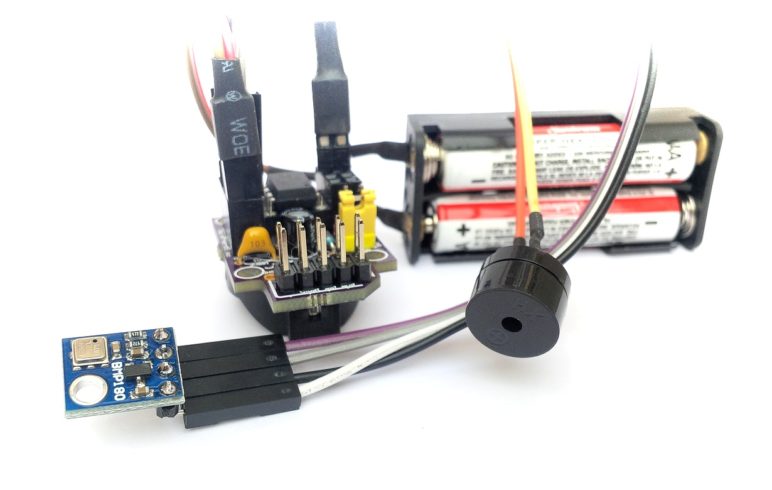 As we know, there’s no I²C on ATtiny85, not even the TWI (Two Wire Interface, which is basically I2C with a different name) that some other Atmel chips have, so I had to write my own that takes advantage on the built-in USI unit. This library is called USITWIX and will be presented in this blog post.

Of course, I used other people’s work write mine and they’re references in the source code.

The primary source is the Atmel application note AVR312: Using the USI module as a I2C slave that explains how to use the  built-in USI unit as I2C slave.

The source code is already available at https://bitbucket.org/tinusaur/usitwix.

Although the TWI and I2C is a synchronous communication protocol it still requires precise timing.

In the code there are few places where some fixed time intervals are specified and this is in the usitwim.h file:

These may need to be adjusted if the CPU runs at a frequency different than default 1 MHz. 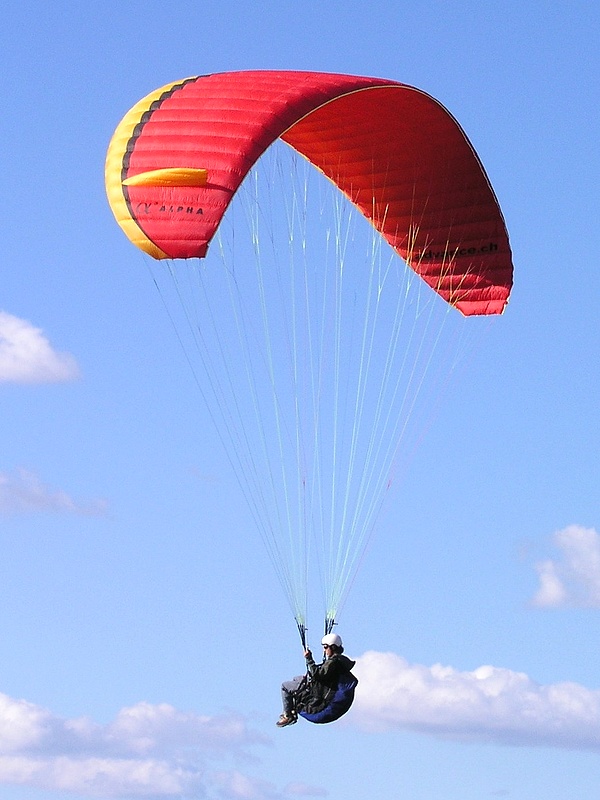 The BMP180TINY is another library for working with the BOSCH BMP180 atmospheric pressure sensor.The source code is available at https://bitbucket.org/tinusaur/bmp180tiny along with some samples.

There is also a Variometer project that uses those libraries to produce audible measurements of the changes in the altitude by measuring the atmospheric pressure and taking into account the temperature. Such tools, or instruments, are often used by paragliders.

Here are some references to sources that I used while working on this project.

AVR312: Using the USI module as a I2C slave
http://www.atmel.com/Images/doc2560.pdf
C-code driver for TWI slave, with transmit and receive buffers; Compatible with I2C protocol; Interrupt driven, detection and transmission/reception; Wake up from all sleep mode, including Power Down.

ATTiny USI I2C Introduction – A powerful, fast, and convenient communication interface for your ATTiny projects!
http://www.instructables.com/id/ATTiny-USI-I2C-The-detailed-in-depth-and-infor/
I2C, it’s a standard that’s been around for around 20 years and has found uses in nearly every corner of the electronics universe. It’s an incredibly useful technology for us microcontroller hobbyists but can seem daunting for new users. This tutorial will solve that problem, first by reviewing what I2C is and how it works, then by going in-depth on how to implement I2C in Atmel’s ATTiny USI (Universal Serial Interface) hardware.

I2C Bus for ATtiny and ATmega
http://www.instructables.com/id/I2C_Bus_for_ATtiny_and_ATmega/
This two wire interface is formally known as the Inter-Integrated Circuit bus, or just the I2C bus and was invented by NXP when it was still Philips Semiconductors. If you’re reading this Instructable then you’ve probably heard of the I2C bus and may even have used it on a PIC or other microcontroller. While conceptually very simple, and supported by hardware resources on the AVRs, software drivers are still necessary to use the I2C bus. Atmel provides Application Notes (see the Resources later in this Instructable), but these are incomplete and don’t show any examples beyond communicating with another AVR device. 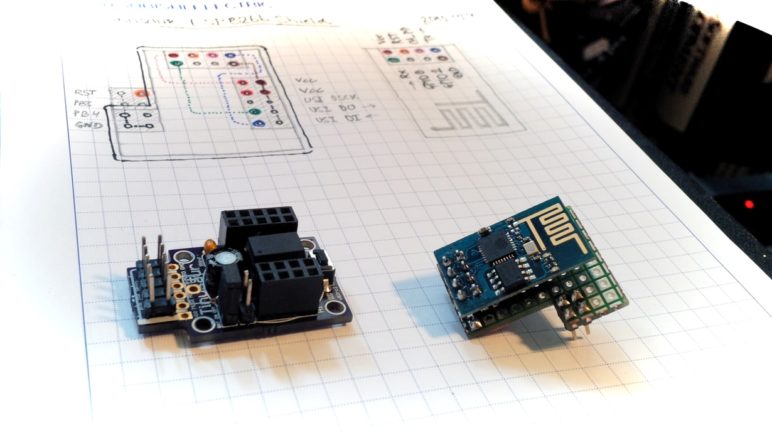