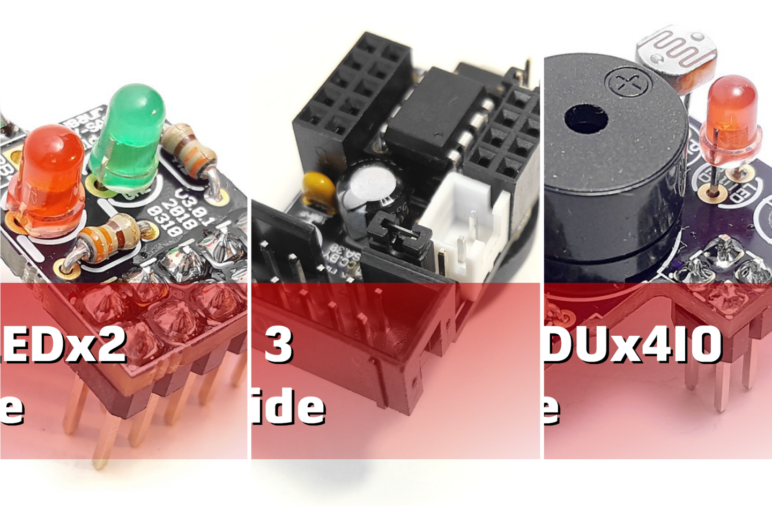 We have updated the user guides for how to assemble the Tinusaur Board, Shield LEDx2 and Shield EDUx4IO. They are all in PDF format and are available at the following links:

The collection of user guides is at tinusaur.org/guides.

Our plans are, once finalized, to convert those slides to video and upload them to YouTube – that appears to be more convenient for some people. Also, add some voice-over … maybe. 🙂 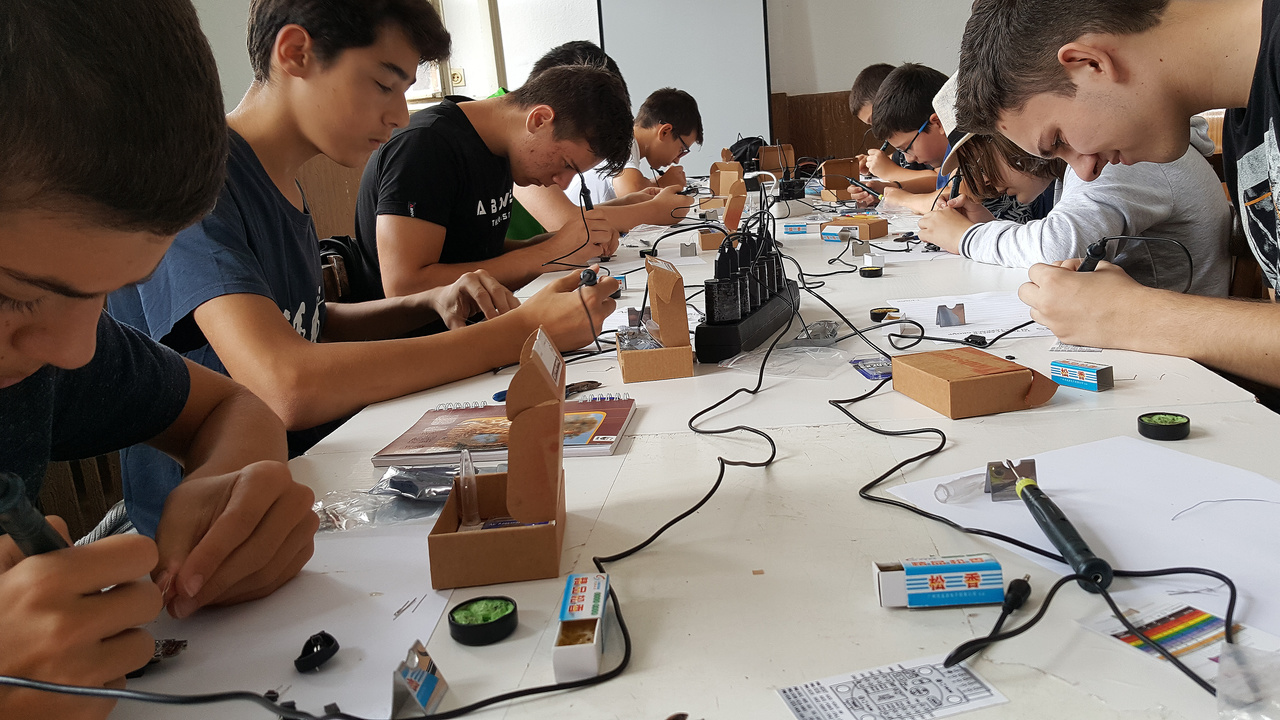 We’d like to ask you to take a look at the user guides and if you think there’s something to be added or changed, please, leave a comment below this post. 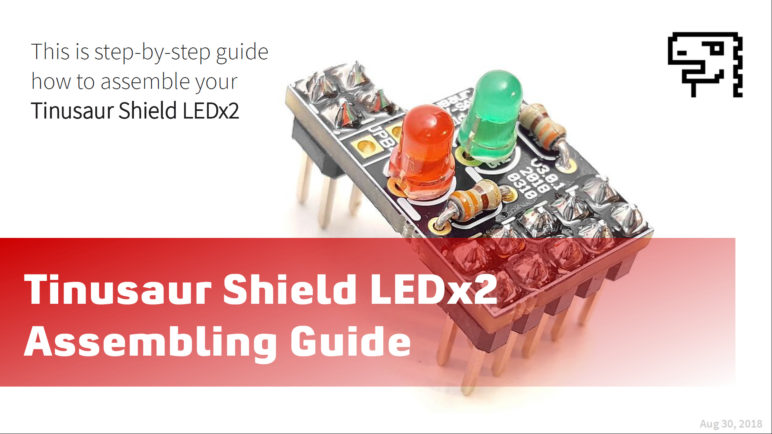 We have just finished another guide – this time about how to assemble your Tinusaur Shield LEDx2.

The file in PDF format is available at this location:  Tinusaur Shield LEDx2 – Assembling (slides).

Please, download it and take a look. If you feel that there’s missing something or wrong, please, let us know.

When we update the files we will commit changes in this repository: https://gitlab.com/tinusaur/shield-ledx2-docs/. 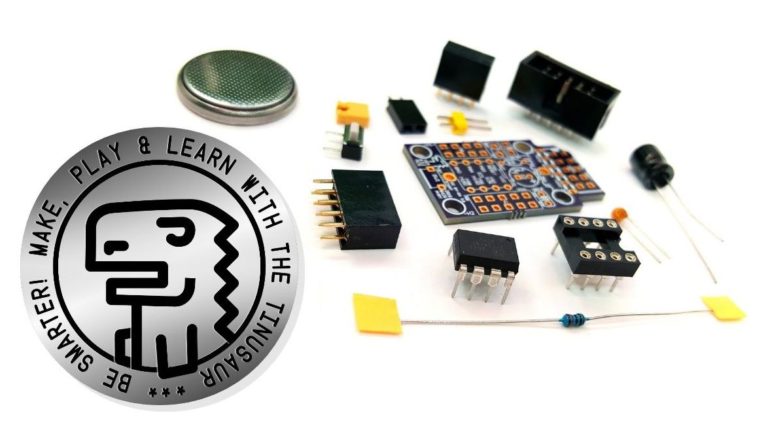 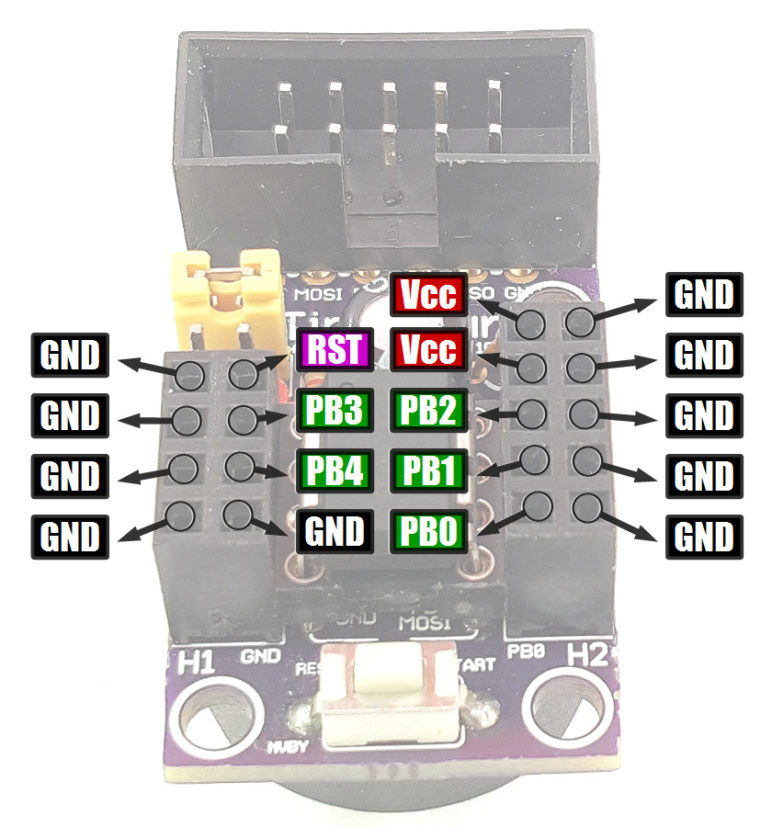 You may ask “How am I going to connect the Tinusaur Board to a breadboard for a quick start or prototyping?”.

Well, in most cases you won’t need a breadboard and the reason for that is the way the Tinusaur Board has been designed with 2 2-row headers that give you enough pins to do some prototyping directly on the board.

The 2 outer rows are always GND while the 2 inner rows are always signal (except when they duplicate the GND), and the Vcc is inner as well. On the newer version of the board, there is also e separate 2-pin (female or male) external power connector. The board could be powered by a coin cell battery as well or directly through the USBasp programmer. So, with 18+2=20 pins in total, it is more like a tiny breadboard where you can stick some wires or even some parts. Pretty neat, isn’t it?

So, do I need a breadboard for prototyping? 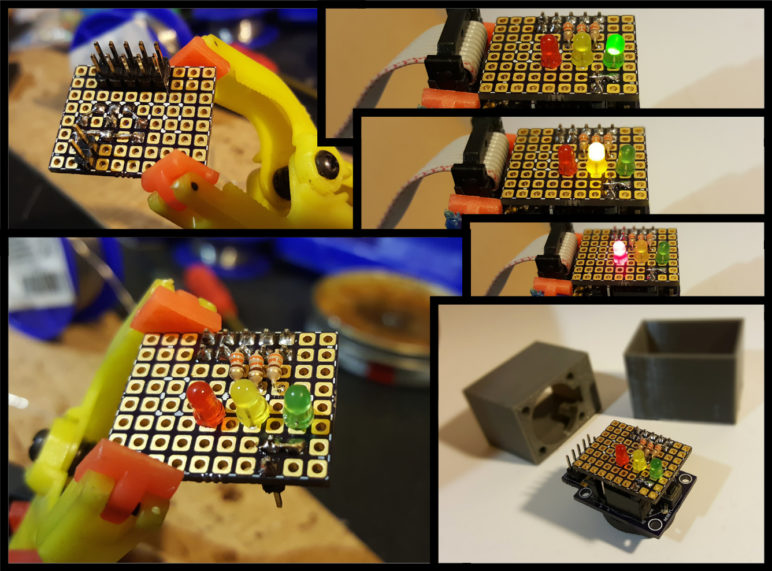 We’ve not been idle waiting for the parts from our suppliers.

We’re prototyping a new shield that we called Shield LEDx3 that has 3 LED – green, yellow and red. As you may have guessed already it is similar to the traffic lights. That will be a great new shield to play with. We expect to have it in production in about a month or so. 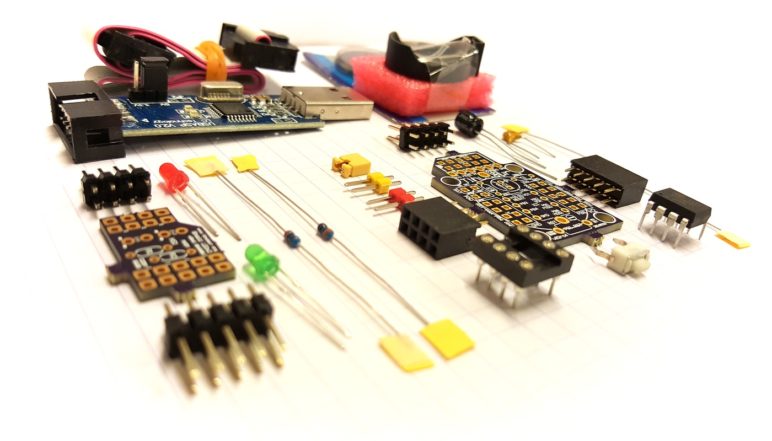 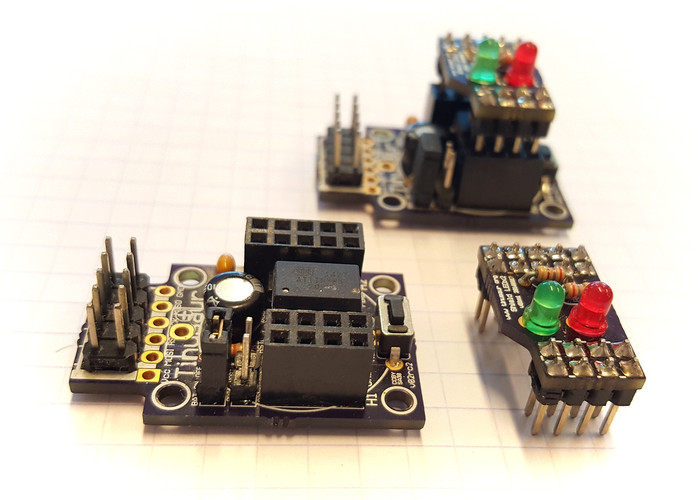 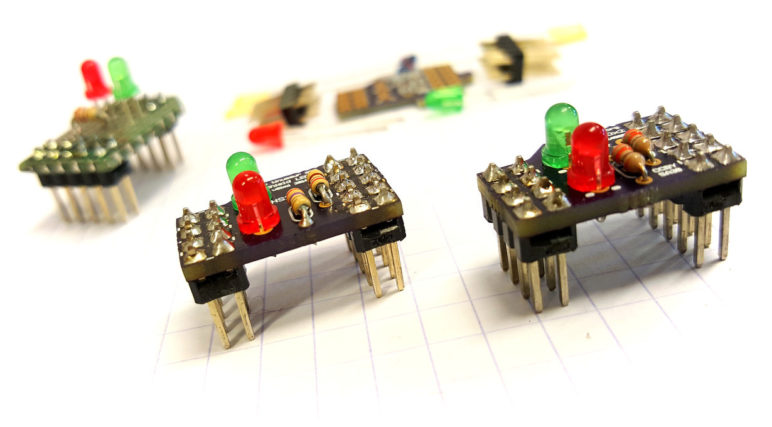 As we’ve mentioned earlier (What is happening with this project?) we were working on shield-like add-on board for the Tinusaur Board. 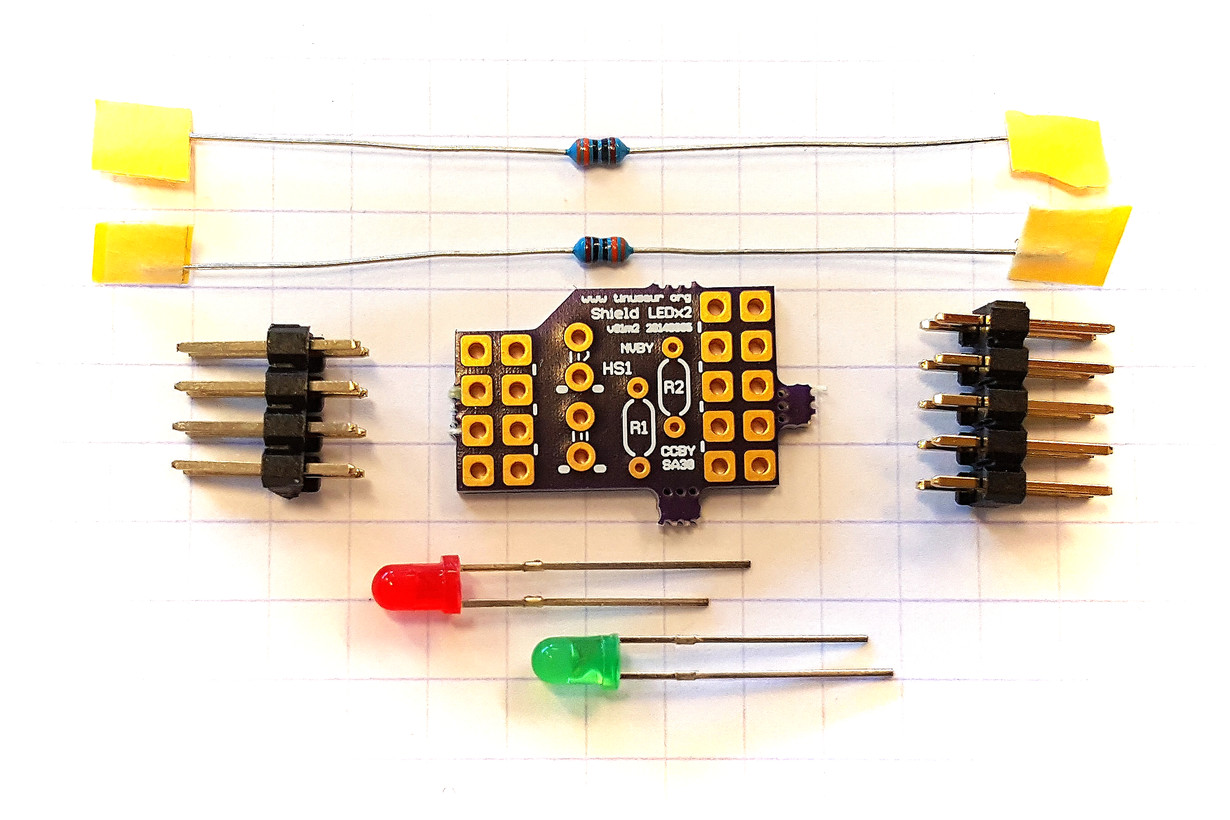 It has only 2 LEDs and 2 resistors for each LED so no much to solder.

This shield aims at 2 things – making it easier to …

This shield has its own page at Products / Tinusaur Shield LEDx2.