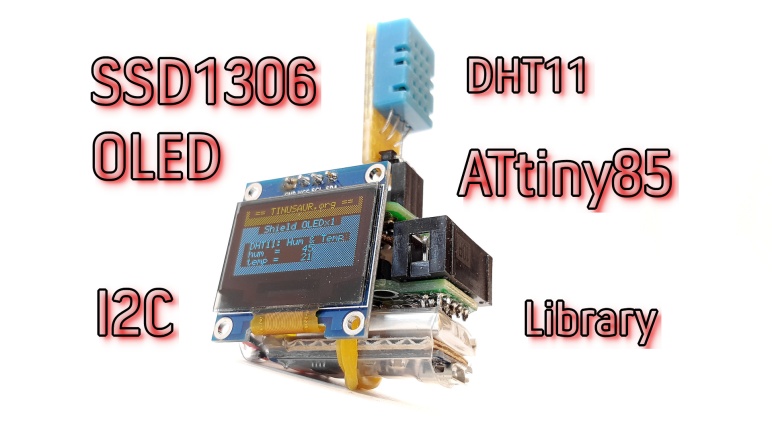 It isn’t hard to get one of those OLED displays from eBay or another place. They are usually controlled by SSD1306 chip – one of the most popular. Such displays could be used for a number of things – from just learning to control them and showing some text/numbers/graphics, display sensors’ data or even creating a small game.

Back in 2014, we wrote a small library for the ATtiny85 microcontroller to work with such displays and we called it SSD1306xLED after the name of the controlling chip for the display.

The library is, of course, open source and all the software is available at https://bitbucket.org/tinusaur/ssd1306xled/

This is a small sub-library that implements a subset of the I2C protocols that is necessary to send some commands and data out. I2CSW stands for “I2C Simple Writer” and as its name implies it only writes out.

The i2csw_start function sets the SCL and SDA pins as output and the “start” condition. In other words, it lets the devices connected to the microcontroller know that we are about to send something out.

The i2csw_stop function sets the “stop” condition. This indicates that we have finished with sending the data. It also set the SDA pin as input so it won’t keep the SDA line at HIGH all the time.

The i2csw_byte function sends one byte of data out. It is used to send commands and data to the I2C devices – the display in our case.

NOTE: The I2CSW library does not handle the acknowledgment condition.

The ssd1306_start_command function indicates to the connected I2C devices that we’re about to send commands. This is used to configure the controller o to set some parameters such as the current position on the display.

The ssd1306_data_byte function sends 2 bytes of data to the display controller. That is used for both commands and data.

The ssd1306_stop function indicates that we have finished transmitting data.

The ssd1306_init function sends a sequence of commands that will initialize the display controller so it will work the way we expect.

The ssd1306_setpos function sets the current position on the display. Sending data after this command will display it at that position.

The ssd1306_fill4 function fills out the screen with the 4 bytes specified as parameters. The reason for 4 bytes is that it is convenient for filling out with patterns.

The testing scripts demonstrate the purpose and usage of those functions.

The testing in the “ssd1306xled_test1” folder

This testing script demonstrates the use of the functions in the library.

The first section fills out the screen with random values using a Linear congruential generator.

The second section fills out the screen with a sequential number that creates some patterns on the screen.

The next section fills out the screen line by line.

The last section fills out the screen with various patterns. 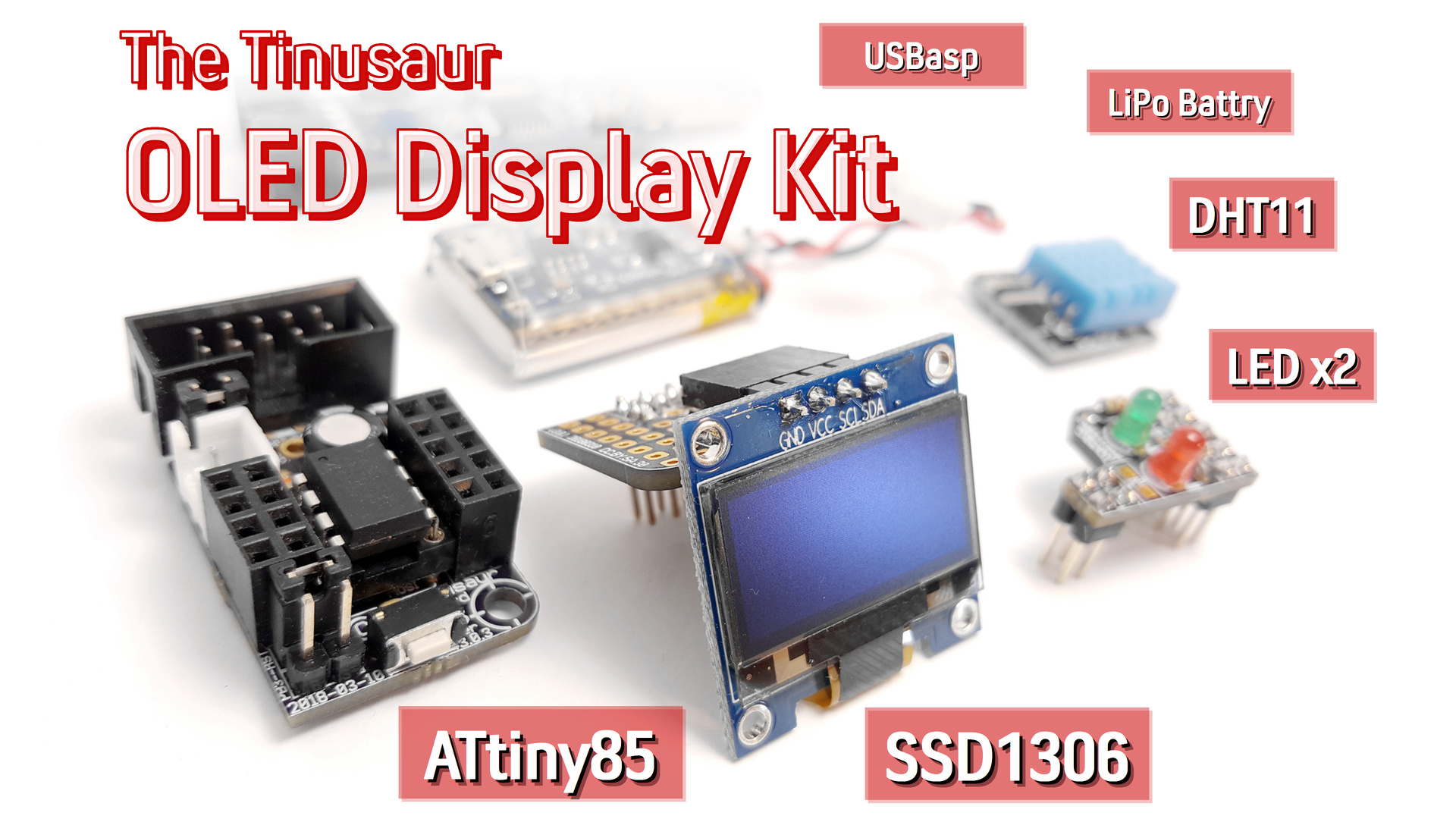 We are launching a crowdfunding campaign for the Tinusaur OLED Kit

We sell Tinusaur on Tindie

My Tweets
Tinusaur on Google Plus